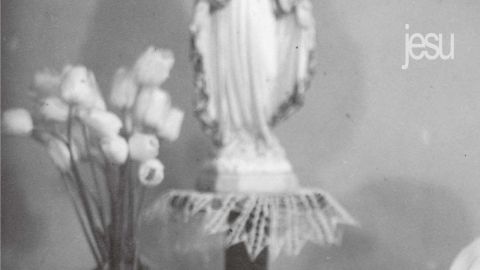 You can tell a true underground heavyweight by their busy-ness. Justin K Broadrick has the true artist’s drive to keep on attempting to solve the problems that forced him to pick up a guitar in the first place. While Godflesh and JK Flesh exist to channel baleful, depressed misanthropy into, Jesu are the other side of the coin: a search for redemption from such feelings.

While it’s debatable how much this album was anticipated compared to the prospect of new Godflesh material, it feels like Jesu have finally hit their stride again. Maybe fatherhood has given JKB a better position from which to create from, given that the beauty of tracks like Homesick and Comforter suggest that the title is someone at peace with their own mortality.

He’s moved beyond My Bloody Valentine influence into a more tuneful, sun-dappled area that engages with current trends in electronic production, including hipster r’n’b. Everyday features a satisfying experiment with synthesised strings and blissed out guitars that calls to mind the 90s soundtrack work of Hal Hartley. A keeper.