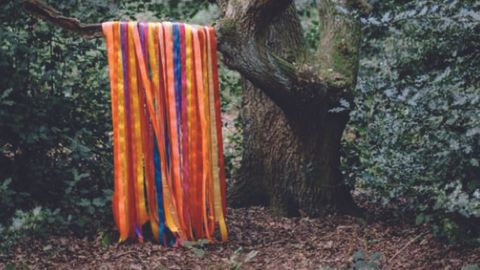 Lauded as a key player in electronic trance during the 00s, James Holden took a left turn on his brilliant 2013 album The Inheritors, incorporating live instrumentation and creating a head-spinning blend of pagan psychedelic rave music. The Animal Spirits sees him push this aesthetic further, producing an intense 50 minutes of ecstatic folk trance informed by the experimental jazz of Pharoah Sanders and Don Cherry, and the systems music of Terry Riley and Philip Glass. Recorded live in single takes with no overdubs, the cyclical patterns made by Holden’s self-built modular synths are burnished by brass and woodwind, while the sequencing software follows the complex flow of drummer Tom Page. The title and structure of Each Moment Like The First encapsulates Holden’s MO, a creaky shamanic synth melody playing in repetition while ghostly chords hover. Pass Through The Fire sounds like an overdriven pipe organ presiding over a carnival of misrule, while Thunder Moon Gathering is a spooked VdGG pursued through the forest by techno wolves. It’s breathtaking progressive music from an unexpected place, a restless invitation to some serious inner voyaging.