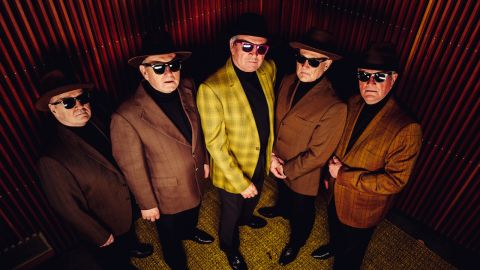 It certainly sounded like a fun idea on paper: Ian Gillan reconnecting with one of the bands he used to play with as a teenager in the early 60s, and recording an album without modern technology. The result, however, is an album of rock’n’roll and R&B covers that sound woefully anaemic. The pace is uniformly cantering and sedate, the guitars sound jangly and toothless, and it plods when it should stomp. Meanwhile, Gillan’s formidable vocals sound stripped of their power and passion, even though they’re pushed so far to the front of the mix that the backing vocals sound like they’re in a different postcode. Hats off for trying something different, chaps, but maybe keep it to yourself next time.