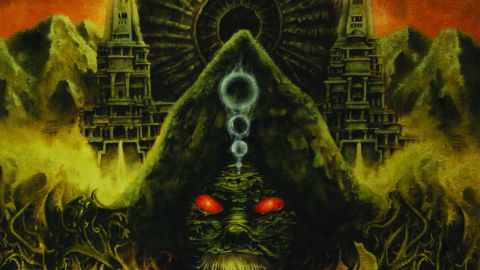 While the first volume showcased the violent rhythmic bludgeoning for which HOF are best known, the second disc opened a gauzy, psychotropic portal into sludgier realms previously explored by frontman Matt Pike’s first band, Sleep. Perhaps unwittingly, HOF had revealed the blueprint for their next studio campaign, as the Kurt Ballou-produced Luminiferous sees the Oakland metallers harness both aesthetics under a singular clutch of their trademark alloy of stoner metal, thrash and doom.

Opener The Black Plot thunders with that all-too-familiar double-kicking gallop, plunging headlong into bludgeoning waves of doomy, tuned-down riffage. And there’s plenty more where that came from – Luminiferous is stacked with gasoline-soaked belters (The Sunless Years, Slave The Hive and the title track). But while earlier outings stalled in a feral but homogeneous tangle of thrash and doom, Luminiferous proclaims a renewed commitment to experimentation, borne out in the resinous psychedelic voyaging of The Cave and the taut compositional maturity of The Falconist. Of course, you’re turning to High On Fire when you need a megalithic shot of pure adrenaline and this 50-minute firestorm will certainly not let you down.