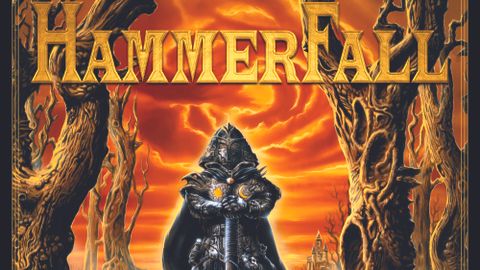 When the earth finally plunges into the sun, the only thing left standing in those final moments will be cockroaches and Scandinavians in lace-up leather trousers singing about valiant warriors and despicable dragons.

Since its inception in the 80s, power metal has proudly become the genre that refuses to die, wielding its uncoolness like a gigantic battle axe. Even if you can’t stomach the bombast, you have to admire its tenacity.

Hammerfall didn’t write the rule book, but they’ve spent several decades following it to the letter. Their debut album – released 20 years ago, and fortified here with a scattering of lively, if inessential, radio edits and live tracks – is the soundtrack to an all-night Dungeons & Dragons marathon.

The loin-girding likes of Metal Age, Steel On Steel and Hammerfall itself are trad metal given a 90s update: choral, anthemic, over the top. Even when they dial back the phallic sword-waving on I Believe and the title track, it’s as delicate as a malfunctioning trebuchet.

Subtle? No. Ridiculous? In places. Admirable in its stubbornness? Indisputably, and thank Odin for that.