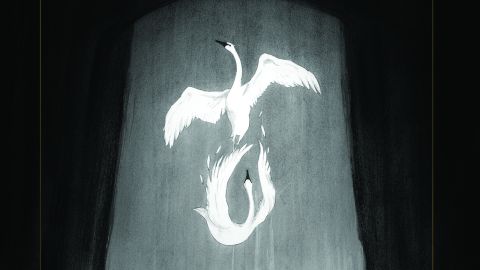 When gothic doom/death emerged in the 90s, its identifying aesthetic was an ornate blend of mournful dejection and impassioned romanticism. This development felt like a radical revelation, introducing emotional sensitivity and literary profundity to a metal scene still mired in macho braggadocio and fantasy violence.

For Hallatar, such feelings aren’t simply melodramatic fripperies for dumped teenagers to wallow in. All of this music was written by Swallow The Sun guitarist Juha Raivio during an unimaginably raw period of mourning after the sudden death of his muse and Trees Of Eternity bandmate Aleah Starbridge, whose goosebump-inducing voice and lyrics were finally heard on 2016’s stunning, posthumously released Trees Of Eternity debut Hour Of The Nightingale. In his darkest hour, Juha’s obsessive focus was to cement Aleah’s legacy by arranging and releasing the remaining material that she’d written and recorded. Joined by Amorphis vocalist Tomi Joutsen and ex-Him drummer Gas Lipstick, No Stars Upon The Bridge is the first result of Juha’s painstaking efforts, and it’s instantly clear that even without the harrowing backstory, this is the result of singular, seasoned talents digging deep to produce the performance of their career.

Hallatar (named after a Finnish water goddess) follow through on the emotional impact of their music more intensely than any band in this most emotionally intense idiom, even the TOT album. Uranium-weight bruisers Melt, The Maze and Mirrors confirm Hallatar’s doom as even more devastatingly severe, and in My Mistake, Severed Eyes and Dreams Burn Down, the lighter passages are even more hauntingly beautiful, while the counterpoint between Tomi’s subterranean growls and Aleah’s ethereal whisper transcends standard ‘beauty and the beast’ tropes. Although inevitably shot through with reflections on the cruelty of an extraordinary voice silenced way too young, the album still succeeds as an elegant and fulsome celebration of Aleah’s life, passions and talents.