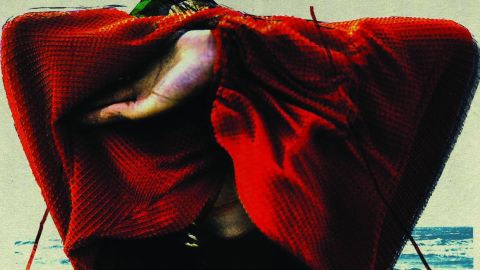 At first glance, Gwenno Saunders’ staunch loyalty to the dual mother tongues that loom largest in her lineage (her debut Y Dydd Olaf album was sung exclusively in Welsh, its Le Kov successor entirely in Cornish) speaks of a tendency toward isolationist traditionalism. But not a bit of it. While there is a conceptual leaning toward the legends surrounding lost Brythonic cities, folk and folklore, the bewitching, pulsing, pastoral throb of Herdhya liltingly bemoans the “feeling of isolation after the Brexit vote”. Re-establishing Cornish as a living language in this most contemporary of sonic settings (a rich electro-pop-literate strand of psychedelia) seems way more intent on inclusive progression than exclusive regression. Elsewhere, against the motorik-lite Cornwallian kosmische of Eus Keus?, Gwenno embarks upon a lyrical journey toward enlightenment, asking – like generations of questing druids before her – ‘Is there cheese?’ Neither lousy with self-righteous purism nor devoid of humour, Gwenno has delivered a second solo album that charms in its powerful presentation of the Cornish tongue as exotic and otherworldly, hinting at dark secrets while demanding Yarg.