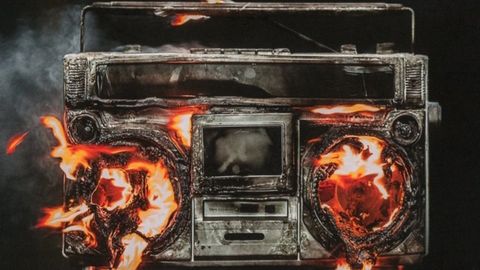 Punk rock, of course, was never meant to form empires. As timely, influential and brilliant as counterculture albums like American Idiot and 21st Century Breakdown were – with their multi-part rock operatics about war, religion and big pharma, and their 20 million combined sales – they turned Green Day into a ballooning brand to rival any trainer-flogging rap mogul. Broadway and film musicals, a triple-album release they called “prolific for the sake of it” over the course of 2012… it’s to their credit they didn’t release a fragrance called Molotov.

It’s refreshing, then, to find them returning to the snappy single-album format for a 12th release ‘make under’, even though Revolution Radio feels like the sort of water-treader that suggests emo punk exhausted its potential for innovation when American Idiot started taking cues from The Who.