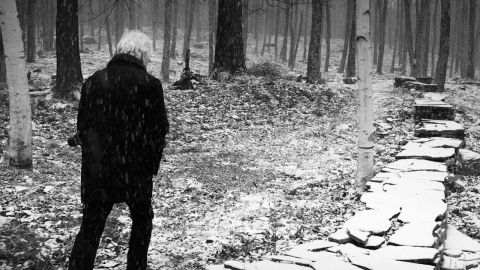 Graham Nash OBE rages – politely and mildly – against the dying of the light here. Tender, often touching, its intimations of mortality are tempered by his innate, unshakable optimism.

He’s tried to be his best, he asserts. While he’s not above lapsing into clichés like ‘this lonesome road’, he can still surprise with a line like ‘I’m screaming at the universe just enough to make her laugh.’

The finale, Encore, avoids gloopy sentiment with a wry, ‘Sure, sure, that adulation is so pleasing…’ and in Golden Days, which begins, ‘I used to be in a band made up of my friends/We played across the land when music had no end,’ he manages a quip about the “olden” days. Helpfully, it rhymes.

This feathery feast of acoustic-based songs is produced and co-written by Brit-born Shane Fontayne (once Springsteen’s guitarist), with Nash’s voice – slightly clipped now – front and centre. A gentle fleshing-out of tracks might’ve boosted it, but this is as close as the ever-youthful 74-year-old has yet come to doing an American Recordings. Autumnal, rather than valedictory.