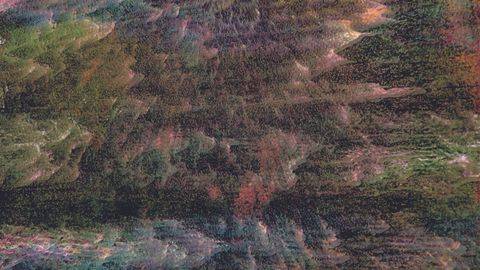 Among the amplifier abuse of sonic titans such as Sleep, Harvey Milk and the Melvins, the power duo of Aleks Wilson (bass, vocals) and Paul Antony (drums, vocals) have shown as much of an affinity for noise, krautrock, death metal, 60s psychedelic garage rock and dub.

It’s this understanding of outlier musical styles that has differentiated this London-based sludge act. On their latest release, Ghold have recorded for the first time as a trio with guitarist/multi-instrumentalist Oliver Martin.

His contributions, although complementary and noisy as hell, do little to alter the band’s already progressive sound. Titanic basslines rumble ominously and adroit rhythms that crush and swing continue to form Ghold’s foundations. Tempos go from low and slow to a Lightning Bolt-esque blur of jarring time signatures on Blud, as distorted howls pierce through the milieu. Mesmeric repetition is paramount to the colossal weight of Collusion With Traitors, while Despert Thrang’s freeform sprawl, featuring guest vocals from Rose Dagul, speaks of future experimental evolutions.