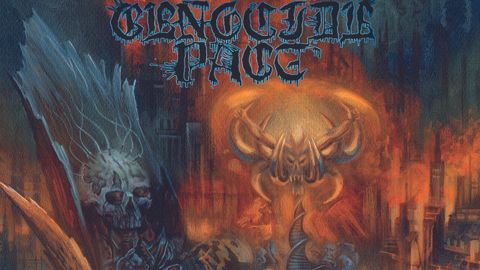 Like Bastard Priest, Lair Of The Minotaur or the whole Vastum/ Acephalix gang, the guys in Genocide Pact are three former hardcore/punk musicians who also just happen to have a lifelong love affair with classic DM and the more socially conscious, Chaos AD-era Sepultura. Their musical pedigree means they’re not afraid of getting their hands dirty and their second album – and first for Relapse – is so brutish and downtuned it’s almost painful, especially with those cavernous vocals and sudden doomy parts. But when the band put their filthy hands on a good riff, they run with it, so even if the power trio format favours simple arrangements, most of the eight tracks – although mostly five minutes long – feels epic, gorging on chest-beating elements of their main influence, Bolt Thrower. Order Of Torment is ugly but it’s also damn heavy, so let the tanks roll!