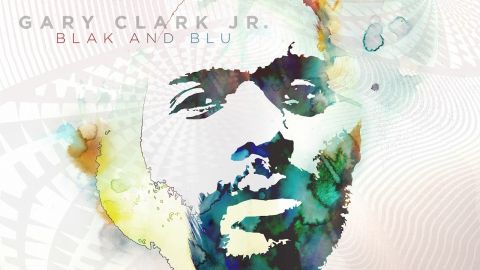 That faint but insistent buzz impinging itself on your sensibility just below the conscious level of perception is the sound of Texas terror Gary Clark Jr’s steadily building reputation as the new blues guy of the moment. Not yet 30 (making him a comparative adolescent in blues years), he’s nevertheless a fully accredited and certified graduate of the legendary Austin blues scene, albeit one born in 1984, the year Stevie Ray Vaughan bust out bad and nationwide via Bowie’s Let’s Dance and SRV’s first Double Trouble album, Texas Flood.

Even before the release of this, Clark’s major-label debut, he’d guested on stage with the Stones, toured with Eric Clapton, recorded with Sheryl Crow and Alicia Keyes, played at the White House alongside BB King, Buddy Guy, Mick Jagger and Jeff Beck, and received the personal imprimatur of Robert Cray. When I recently interviewed Mr Cray and asked him to cite today’s most happening up-and-coming blues talents, Clark was the only performer Cray tipped.

Now here’s the album. So what does Gary Clark Jr bring to the blues party? And is he really that good? Second question first: yes. Make that, ‘Yes, definitely.’ First question: pretty much everything you’d need, plus a few surprises. One problem with most of the younger bluesmen – not to mention the women – is that they tend to be guitarists first, singers second and songwriters a trailing third. Robert Cray is a glorious exception; and SRV’s singing and songwriting had caught up with his phenomenal calling-card guitar by the time of his final album In Step.

Gary Clark has it all going on: his lead guitar is as pretty damned impressive as you’d expect; he’s also a distinctive and seductive singer, with a light, persuasive voice which effortlessly cuts its path to the stage-centre of your attention, and a funkily inventive songwriter with an authoritative command of all manner of styles.

Which brings us to the next point: Clark may kick off the album with the brass-blastingly Staxy Ain’t No Messin’ and finish up with the acoustic-resonator slide-guitar stomp of Next Door Neighbor Blues, but in between you hear a whole bunch of other stuff you normally wouldn’t find on a ‘blues’ album.

The affecting title track samples both Albert King and Gil Scott-Heron; Travis County is good old rock’n’roll, with Chuckleberry guitar and pumpin’ pianner; The Life is as contemporary an urban smoove groove as anything you’ll find in the clubs; Bright Lights references Jimmy Reed, but the backdrop has a Jimiesque fuzzed-out menace exceeded only by the crushing, grinding heaviosity of Numb, which provides a striking contrast to the doo-woppy dreaminess of Please Come Home, but even that is spiked with a bravura guitar solo. And then there’s the Prince-ish ballad, the space-murk cover of Hendrix’s Third Stone From The Sun, and…

Yet even with all this going on, you never get the feeling that you’re listening to a sampler album or a mixtape playlist. It’s all him, and it’s all his music. Clark is a bluesman to his toenails, but he’s a young, modern bluesman whose music has been affected and influenced by soul and R&B of both the classic and the contemporary varieties, by classic hard and heavy rock from Hendrix to Sabbath, by country and hip-hop and all points in between. What makes it all work is Clark’s sensibility and vision: his ability to find the heartbeat of the blues in all those styles and sub-genres and bring it up in the mix until you can dance to it, and to let aspects of those styles talk among themselves in the musical and emotional language of the blues.

Wherever Clark’s songwriting may want to take him, his voice and guitar are more than capable of travelling right alongside without breaking a sweat – but ensuring that you do. Being a blues player this far into the development of the genre doesn’t mean restricting yourself to endlessly reworking the hallowed templates of the departed masters. It also means knowing how the DNA of the blues has seeped into countless other forms and styles, and being able to follow those strands without losing touch with either the timeless essence of the music or the player’s own unique personality.

And no one without a distinctive and recognisable personal identity ever qualified for the front ranks of the blues – which is where Gary Clark Jr is headed at a fair rate of knots. So: meet the new boss. Not the same as the old boss(es), but shaping up to join their league before he’s significantly older.