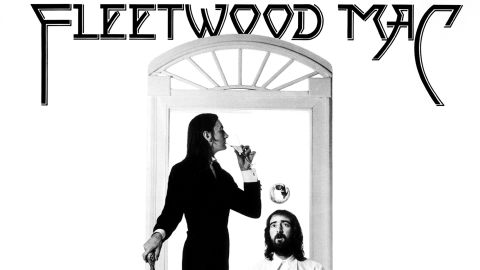 Some tacos are destined to change the world. Take the ones over which the remnants of Fleetwood Mac ‘auditioned’ Lindsey Buckingham and Stevie Nicks in a Mexican restaurant in LA in 1974. Mac were smarting from five years of slumping record sales and the departure of guitarist and songwriter Bob Welch; Buckingham and Nicks, who had a flop album themselves with 1973’s Buckingham Nicks, were on the verge of quitting their part-time LA jobs, ending their floundering relationship and going their separate ways. The Mac needed only a new guitarist, but Buckingham refused to join unless they took Nicks as well. Mick Fleetwood gave his remaining core songwriter, Christine McVie, a veto over Nicks, but the pair got on famously. By the time the margaritas were drained, softrock history was shaken on.

The Mac album (the band’s tenth) that this fresh new line-up began recording just three weeks later – with Buckingham so pushy in teaching the veteran rhythm section their parts that John McVie chided him: “The band you’re in is Fleetwood Mac. I’m the Mac. I play the bass” – would become their second self-titled release, to mark their final transition from Peter Green’s blues-rock version to a new country-rooted pop-rock sound. The title heralded a new Fleetwood Mac, and their second era would become one of the most successful rebirths in rock.

Inevitably, one returns to 1975’s Fleetwood Mac with radar attuned to the first whispers of Rumours, and there are plenty circulating within these semi-magical 42 minutes. The simmering emotional friction that gave the 40-million-selling 1977 follow-up its invigorated snarl is absent, but the building blocks are stacked high. Buckingham sets out his stall from the off, with the country rock rattle of Monday Morning acting as a practice run at Second Hand News and a minor hint of the unsettled bitterness to come. ‘Got to get some peace in my mind,’ he whines, little knowing he was at least one monster international hit album away from any such thing. Later he plays the invigorated Nashville cowboy rocker with aplomb on Blue Letter and World Turning – an early attempt at electrifying spit’n’sawdust C&W in the vein of The Chain – but at this stage, as he lilts a little blandly over ponderous album closer I’m So Afraid and a reworked version of Crystal from Buckingham Nicks, he feels something of a bit-player in the new Mac order.

It’s Nicks who lands with the impact of a superhero from space. Rhiannon’s sly-eyed dance of the seven veils was the first stone-cold classic of Mac 2.0, instigating the strain of guttural gypsy queen allure that would give this new incarnation its sliver of exoticism, and her other major contribution, future live staple Landslide, set a benchmark for Fleetwood Mac’s folk balladry that they would, somewhat miraculously, go on to top. Here, Nicks is slumped disheartened in an Aspen sitting room, gazing out at the Rocky Mountains, considering giving up everything to go back to school and wondering how her life had become such emotional scree. The autobiographical honesty of the track would seep into the bedrock of Rumours.

Elsewhere, Christine McVie was demonstrably coming into her own. Languid, mildly jazzy tracks such as Warm Ways and Over My Head perhaps throw back too heavily to the Bob Welch era or even Albatross, albeit with Buckingham’s country licks hovering overhead, but with the wonderfully upbeat Say You Love Me and Sugar Daddy she dovetailed perfectly with Nicks and Buckingham’s brand of honeyed hippie honky-tonk.

Of the live tracks, instrumentals and studio out-takes making up the additional 35 tracks of the deluxe package, it’s the unpolished, formative early takes of the original album’s tracks that will most fascinate the dedicated Mac-heads – this was, after all, where Fleetwood Mac’s most celebrated incarnation clicked or clashed. Here, the urgent quiver to Buckingham’s ragged rough takes of Monday Morning and Blue Letter smack of a desperate young songwriter grasping his last chance hard. In contrast, Nicks’ sultry assurance has her adding to the ghostly charms of Rhiannon with an opening speech: “Sometimes you wake up and Rhiannon’s right there.” When the in-band soap opera kicked off in earnest, exaggerating these very traits in Nicks and Buckingham, the world would love to love them both; for now, Fleetwood Mac was the sound of a blessed second chance gradually realising just how blessed it was.