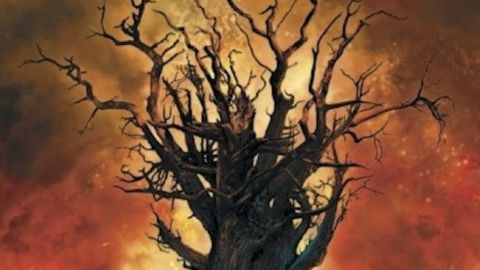 Subscribers to Fish’s excellent e-bulletin Fish Heads will have followed the twists and turns of the birth of his first studio album since 2007’s 13th Star. They’ll know about the vocal issues that threatened to silence the big Scotsman, about the fascinating minutiae of the recording sessions and, finally, the frustrating delays affecting one of its formats (not his fault, but something he took very personally). Fish Heads also offered insight into the travails of the often vexed yet rewarding existence of an independent artist.

Not that A Feast Of Consequences is tarnished by the whiff of amateurism. Nay, nay and thrice nay. With most of its contents road-tested – just the way the original Marillion used to do it – and performed by a bunch of crack, devoted musicians, the care, thought and compassion of its creation is obvious in every last note. Make no mistake, this is weighty stuff: neo-prog with a capital N-E-O. It may well take you three or four spins to appreciate fully, yet that’s part of its bewitching beauty.

Mixing traditional vocals and spoken-word parts, the 10-minute Perfume River is a perfect aperitif for the album’s myriad delights. Mocking the shallowness of so-called celebrity culture, All Loved Up is among the record’s rare up-tempo moments. Indeed, if there’s a criticism it’s that there’s a lack of an equivalent to 13th Star’s ultra-energetic Square Go. Typically eloquent, Fish uses colourful metaphor to illustrate love turned to shit on country-tinged Blind To The Beautiful (‘The ice is retreating, mountains exposed in the sun’) and on the title track too.

But the much-heralded centrepiece is the five-part High Wood suite. Inspired by the site of a WWI battle in which both his grandfathers fought, here he unloads a variety of emotions – sadness, disgust and above all, anger. No wonder when your correspondent asked him earlier this year whether this album was more upbeat than its relationship-clouded predecessor, he guffawed: “Optimistic? Fakkin’ optimistic?! How could anything in this life possibly be optimistic?!”

Founded upon numerous changes of mood, the beguiling backing vocals of Liz Antwi, Gavin Griffiths’ artillery fire percussion and the overwhelming bitterness of the lyrics, the High Wood suite is graphic and heartfelt to the point of being utterly unmissable. It’s certainly among the most remarkably powerful pieces of music to be released under Fish’s name.

That the album’s final two tracks, Other Side Of Me and The Great Unravelling, refuse to be overshadowed by it merely confirms that A Feast Of Consequences will be hailed as one of 2013’s most essential prog releases.