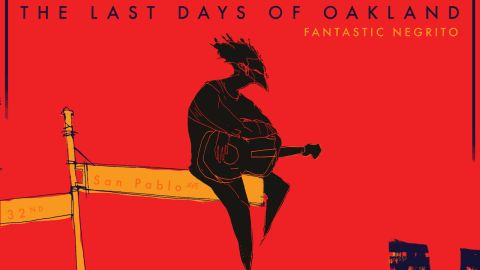 Black music’s original activist spirit has long been swamped by corporate pantomime, but Oakland’s Xavier Dhrepaulezz has redressed the balance with the kind of conscious milestone little seen this century. A former gangbanger in his native Oakland, he had an unsuccessful spell under Prince’s management in the 1990s before suffering a devastating car crash.

Now in his late forties, Xavier returns as Fantastic Negrito, with a gripping statement that continues the protest-funk line set up by Sly Stone and Funkadelic, working in grinding rock riffs and chain-gang blues as he rails against gentrification, racism and political villainy on tracks such as Working Poor, The Nigga Song and his grinding remake of the traditional In The Pines.

Xavier offsets this fury with heart-melting ballads such as Nothing Without You, his imploring voice drenched in luminous soul to reach parts music often seems to have forgotten, even grabbing the hem of greats like Al Green. This transcendentally magic confessional closes a major work of stunning breadth and originality, heralding a talent who shines a blinding white light in the post-Prince darkness.