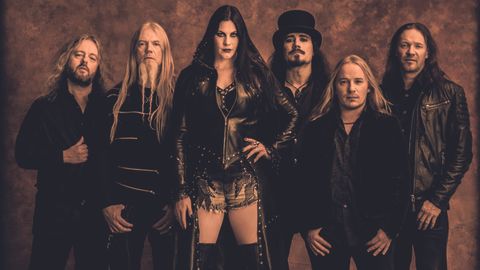 Nightwish’s last DVD was an excellently captured performance by a great band, and a bonus disc of fluff – as is this.

This features the band’s latest, brilliant album, along with a bonus disc that serves little purpose. After the music videos for the singles, it starts well, as two recent live clips (new song Yours Is An Empty Hope and sumptuous classic Stargazers) show how musically accomplished the band are live, and give you a good feel of what it was like at those shows.

After that, it’s clips from the Imaginaerum world tour that feel like leftovers from Showtime Storytime’s bonus disc rather than fresh prime cuts. Worse, the ‘making of’ documentary is 10 clips that went on YouTube from July 2014 to January 2015 – meaning there’s no new music on there. It’s talking heads describing what has happened rather than showing the band working with the new music – or, at the end, music writers (including this one) assessing the music.

It’s the same flaw as Showtime Storytime: telling the audience rather than showing them, which detracts from the impact of the otherwise insightful quotes – plus the fans have already seen this. The album still rules, mind.