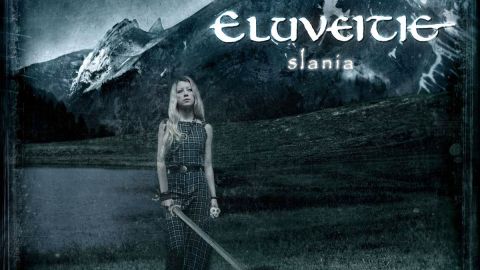 A year after Turisas released the pivotal The Varangian Way, Eluveitie turned heads with Slania, which drew from the visceral stylistics of Gothenburg metal.

They have a gazillion members, which onstage is quite the spectacle, and while Slania didn’t take Eluveitie big time, it did present a band who were intensely dedicated to the cause.

Getting through 28 musicians in their time – not including guests – their medieval musical weaponry is an intelligent re-enactment of authentic folk ingredients.

For Fans Of: Finntroll, Ensiferum, In Flames