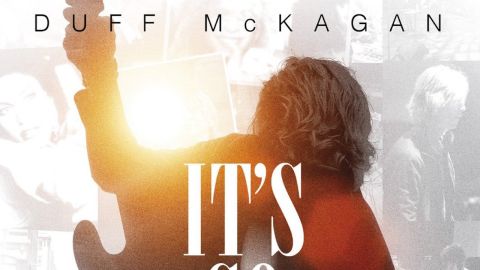 Opening with a homage to the “Saigon… shit” moment from Apocalypse Now, McKagan’s autobiography in documentary form could easily be a clichéd rock self-destruction tale. It’s cleverer than that, revealing a multifaceted moral awakening. Sure, it’s self-glorifying, but the Guns N’ Roses bassist turned economics student turned writer presents his memoirs with shrewdly gauged candour.

He sits on stage, sharp-suited, and reads as a subtle band play behind him, sometimes breaking into acoustic songs. From Seattle teen-punk days to moving to LA and joining Slash, Axl and co, through disastrous vodka and drug habits, to redemption via marrying a hot model, he’s lived it and learned.

After going to college as a 30-year-old millionaire, he’s now an accountancy whizz, but still shakes his money-maker with Velvet Revolver, Hollywood Vampires and, of course, the reunited GN’R. Interviews with Slash, Nikki Sixx and others are cut in, and it’s a genial, glossy affair.