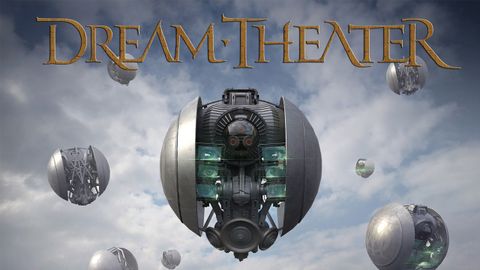 When Dream Theater announced that their 13th record would be a two-disc concept album clocking in at over two hours and spanning 34 tracks, even devoted fans were a little surprised.

It felt like a lot to digest. After all, their crowning concept glory – 1999’s seminal Metropolis Pt 2: Scenes From A Memory – lasted a mere 77 minutes. The US quintet – John Petrucci, John Myung, James LaBrie, Jordan Rudess and Mike Mangini – didn’t need to go all out on The Astonishing. They’ve paid their dues, and are already considered masters of the prog game. They didn’t need to create a fantasy world and storyline involving a host of futuristic characters, places and maps. Nor did they need to team up with conductor David Campbell – who has worked with everyone from Adele to Muse – to conjure up the album’s orchestral and choral arrangements. But they ruddy well did, and if the results aren’t truly astonishing, they’re still pretty remarkable.

Petrucci – Dream Theater’s resident George RR Martin – said it took him one year to pen the Rush-esque sci-fi storyline, and the guitarist’s wide-eyed enthusiasm is tangible. This is more of a theatrical set play than a marauding novel though, focusing on the plight of the ‘Chosen One’, Gabriel, as he steps up against an oppressive regime. His power? Melody, in a futuristic world that’s devoid of music as we know it.

Despite their recent impressive form, the departure of drummer/founding member Mike Portnoy over five years ago has made this phase in the band’s 30-year career feel a tad testing. Octopus-limbed incumbent Mangini is superb, but Portnoy had Dream Theater flooding through his veins, their Majesty symbol emblazoned on his heart. He hinted towards the band slipping into a rut, and you could see why – it felt like a reliance on tried-and-trusted structures, usually concluding in a blitzkrieg keyboard/guitar dual, was emerging.

The Astonishing, however, sees the band turn over a new leaf. It’s the tunes that carry the record, and the noodling lurks more in the background. No track goes beyond nine minutes, so while it’s a long album, it’s packed with succinct, concise writing. Dream Theater are playing to the song, not to themselves.

A momentous tapestry of music that deserves a listen from intro to finale.

Opener Descent Of The NOMACS ushers the listener into the journey with industrial bleeps and blurts before lurching into the roaming, hypnotic _Dystopian Overture _– akin to the start of _Scenes From A Memory _– which cleverly introduces some of the regal themes ahead. The addition of an ethereal choir gives the record a Danny Elfman vibe. At times it’s haunting, yet utterly poignant, and it gives keyboard wizard Rudess a licence to flourish. Close your eyes and you feel like Edward Scissorhands might be about to tap you on the shoulder. The sparkling Lord Nafaryus borrows metal theatricality from Avenged Sevenfold, while _Three Days _is a gung-ho roller coaster of grooving riffs, colossal choruses and forays into uncharted territories: there’s upbeat swing jazz to finish, as well as Broadway dramatics from singer LaBrie. Elsewhere on the record there’s lush harp, violin and… bagpipes. Yes, after three decades, they’ve finally gone there.

This is the most cinematic Dream Theater have ever been, with greater emphasis on deft dynamics than metal mayhem. And it’s LaBrie – often overshadowed by the band’s instrumental chutzpah – who truly shines, with the Canadian taking on all of the characters in the story, shifting his vocalisation to reflect the persona he’s projecting. A man, quite literally, possessed.

There are salvos like _A New Beginning _– a more traditional shred-fest with bassist Myung fingers a-flurry – or the beautifully spooky Hans Zimmer-speckled Heaven’s Cove, but there are also a few moments of dull downtime. Chosen is Dream Theater at their cheesiest (it sounds like a discarded Falling Into Infinity B-side), while the sleepy Losing Faythe fails to thrill.

Given the gargantuan running time, however, the band are allowed some slack. At its peak, The Astonishing is a momentous, absorbing and uplifting tapestry of music and melody that deserves a listen from intro to finale, lyric sheet clasped in hand. And sonically, it’s their best album in years. It’s also Dream Theater at their most progressive, as they dip into more styles than ever before.