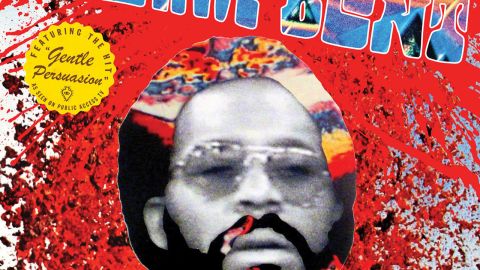 Something of a near-mythical cult hero from decades past, Doug Hream Blunt’s music has recently resurfaced thanks to this collection compiled by Luaka Bop. Now in his mid-sixties, he began making music during the 80s after moving to the west coast, fusing elements of blues, funk and rock.

Aside from the wilful genre-hopping, it’s Blunt and his band’s… let’s say ‘lack of virtuosity’ that makes it an oddly compelling listen. Tracks such as Fly Guy, Gentle Persuasion and Whiskey Man hinge on insistent, almost childlike motifs, creating a nagging, minimalist funk, overlaid with Blunt’s soul-infused vocals. His experimental and freeform guitar style, which he claims was inspired by Jimi Hendrix, only adds to its baffling charm. The declarations of lost genius may be overstating things a little, but it’s a genuinely eccentric record that deserves to be heard.