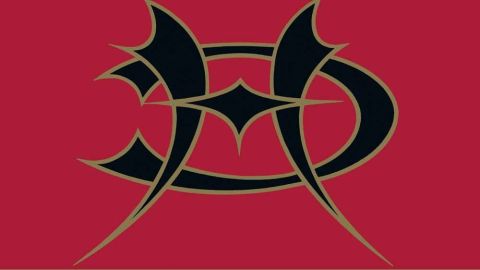 Ironically, respect for Diamond Head actually grew in the decade after they split, following the relative failure of their overambitious third album Canterbury. Lars Ulrich and Dave Mustaine raved about the band many times (albeit due to their 1980 debut Lightning To The Nations), and so in 1993, guitarist Brian Tatler and singer Sean Harris decided to record together again.

Death And Progress (7⁄10) was the result. The new line-up, completed by drummer Karl Wilcox (from Tatler’s interim band Radio Moscow), with a pre-3 Colours Red Pete Vuckovic on bass, were given a hard-hitting sound by Bad Company engineer Andrew Scarth.

The reborn band were truly impressive, delivering straight-ahead metal such as Wild softwareuiphraseguid=“63b13e62-0ced-4bea-9496-b5f428b75ea8”>On The Streets; Star Crossed (Lovers Of The Night), featuring a solo by Tony Iommi; Truckin’, on which Mustaine lent a hand; and they even carried off the radio-friendly Run. The signs were good…

But come this second re-release, Evil Live (5⁄10) from 1994, they had split again. It features the full show from their much-hyped relaunch at the Milton Keynes Bowl where Metallica topped the bill. It’s not bad but in retrospect, the Zep-styled leanings of their eight-song setlistwere unlikely to be embraced even by the Ulrich-primed Metallifans.

Meanwhile, the ‘bonus’ disc would disappoint even hardcore fans. Among its five covers, Harris excels on Joni Mitchell’s This Flight Tonight, but wrecks the UK Mr Big’s Sweet Silence by blowing raspberries. Of three originals, only the Free-like third, Let Me Down Easy, is worthy.

Evil Live merely encapsulates the sound of a great band running out of steam.