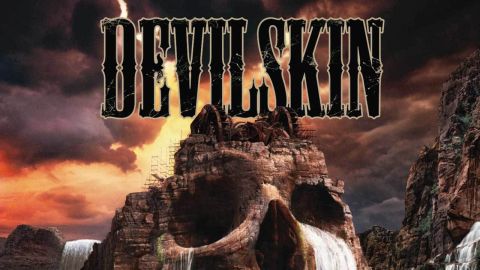 “The art of songwriting is back,” declare Devilskin on their website, and it’s a bold claim from a band who clearly don’t lack bravado. Six years in, they’ve had a rapid route to the top in their homeland of New Zealand, where none other than Halestorm will open for them on a national tour in January. The two bands appear well suited.

Devilskin’s second album radiates confidence. It’s slick and classy, alternating between power riffing and more relaxed moments, though melody is omnipresent throughout. Lead singer Jennie Skulander is Devilskin’s star in the making, displaying a full range of tricks on single Pray, whose keyboard-decorated mix of clean and growled delivery registers among the album’s most impressive selections. But such is the consistency of Be Like The River that it’s tough to pull out favourites. Indeed, some of its superior moments are simply too short; Pray, for instance, lasts for marginally over three minutes and the juddering Believe In Me runs for 30 seconds less than that, but that’s just nitpicking. This is Devilishly good.