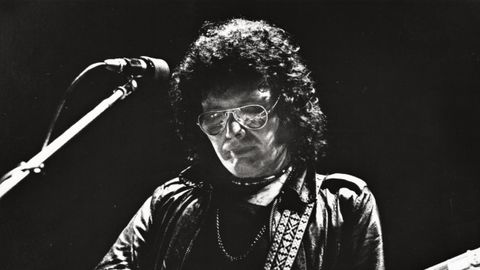 Two books in, documenting the trials and tribulations of a life well-spent travelling the world “according to the capricious whims of a booking agency”, the final volume in the autobiographical trilogy of Deke Leonard’s tenure with Man finds their erstwhile guitarist-vocalist negotiating a career of ever-diminishing returns, recounted with the self-deprecating wit and earthy Welsh humour that informed the previous volumes.

Picking up the tale in 1977 with yet another band break-up, a shelved solo album (Before Your Very Eyes), and an ill-conceived sacking of his manager – “Stupid? I don’t think ‘stupid’ quite covers it. It was the most stupid thing anybody, anywhere had ever done” – Leonard shines a light on the vagaries of the industry; the camaraderie, the contradictions, disappointments and mistakes, the money, always the money, with an acuity and levity that surpasses more serious analyses.

Leonard is an outstanding writer, his clipped prose phrased to perfection, a possessor of natural comic timing and a default raconteur persona that effortlessly transfers to the page. At times, it’s like having a front seat in the lounge of the tour bus (or a back seat in the transit, fortunes dependent), rolling through the night as the yarns and war stories unfold.

Although the events unfold chronologically, the 90s are sped through, as a result of relative inactivity (“our precious fan base increasingly resembled a dwindling band of survivors from a nuclear holocaust”) and Leonard’s self-confessed memory gaps, but it would be churlish to claim this takes any of the shine off.

The book’s later, darker moments – his ultimate retirement from the band, his stroke, guitarist Micky Jones’ brain tumour and subsequent death, are told with a casual yet piercing honesty, illustrating the gulf between his approach and the ubiquitous self-absorption of most rock autobiographies. It also proves incredibly touching, or, as the man himself would have it: “Poignant as fuck”./o:p