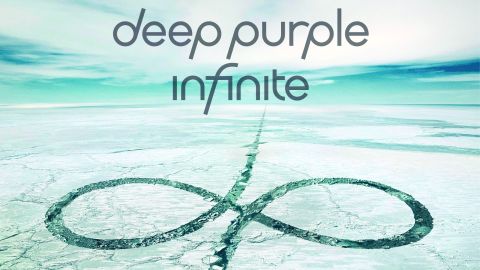 W ith an album titled InFinite and a concurrent live foray called The Long Goodbye Tour, Deep Purple seem to be sending out contradictory messages. Do they intend to go on forever, or as long as physiology dictates (drummer Ian Paice suffered a mini stroke last year), or are they about to call time on their near five-decade career and join Led Zeppelin and Black Sabbath in the retirement home for priapic rock pioneers?

Vocalist Ian Gillan has been unclear in the run-up to the release of their 20th studio album, talking obliquely about metaphysics, the Big Bang and the nature of time. Fortunately, keyboardist Don Airey has been more prosaic on the meaning of InFinite. “It’s a little heavier than the last one,” he said recently. “It’s a bit more prog, as we say in England.”

Whatever the truth about their future, the band are certainly on something of a late-period roll, with What Now?! earning largely favourable reviews and charting high – even at pole position – across Europe and Scandinavia. The aim here would appear to be to repeat its success.

InFinite, like its predecessor, was tracked in a studio in Nashville, Tennessee and helmed by Bob Ezrin, one of the few producers whose work with Lou Reed, Alice Cooper and Pink Floyd genuinely merits the epithet ‘legendary’. The results have been mooted as possibly the most ‘70s’ of any Deep Purple album since 1984’s reunion album, Perfect Strangers.

The clues – ‘heavier’, ‘prog’, ‘70s’ – are all there: InFinite definitely won’t disappoint fans of classic Purple. It’s a feast of wanton organ and quasi-classical keyboard curlicues, bolstering bass from Roger Glover and percussive surges courtesy of Paice. Gillan, meanwhile, is in grand over-the-top form, trying a little too hard, perhaps, to keep up with the heavy metal kids, effing and blinding throughout. Elsewhere, he’s ‘three sheets to the wind’ in One Night In Vegas, while On Top Of The World finds him variously lying ‘beside the most beautiful girl in the universe’ and ‘collapsed between the eyes of Morpheus’.

It’s colourful and inadvertently comical stuff, but there’s no denying that the music is worth taking seriously, from the rampaging opener Time For Bedlam and exotically textured The Surprising to the Zep-ish Hip Boots and Birds Of Prey. The album closes with a perfunctory cover of Roadhouse Blues, but InFinite works best when Purple do what they do best: extrapolate and alchemise the blues, and take it to new progressive heights.