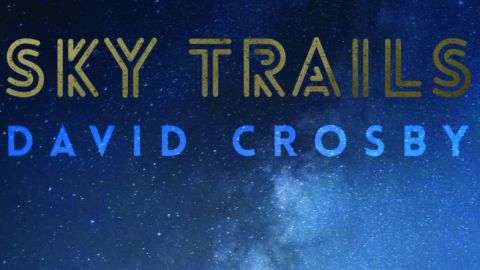 Post-CSN, one of the more gratifying stories of late is the re-emergence of David Crosby as a solo force. 2014’s Croz was his first album for a couple of decades, followed two years later by Lighthouse. Now comes Sky Trails, a record that suggests the 76-year-old’s muse is still in close attendance. Crosby, for his part, puts this new-found proliferation down to “a lot of pent-up creative juice”

Unlike the mostly acoustic-led Lighthouse, Sky Trails finds him in full band mode, engaging in a nuanced blend of folk, soul and jazz that echoes vintage triumphs like Guinnevere and Déjà Vu. Indeed, he reaches back into the 60s for Before Tomorrow Falls On Love, a Michael McDonald co-write that asks what happened to that brave new world they once talked about, amid reflections of flickering candlelight and careless free love.

One of several songs co-created with producer and son James Raymond, who also leads the band, the soft undulations of Capitol spike into bilious anger as Crosby takes aim at political corruption in the White House.

Ultimately, however, he appears to be a contented man, from the radiant title track (a great duet with Becca Stevens) to the domestic paradise evoked in Home Free.