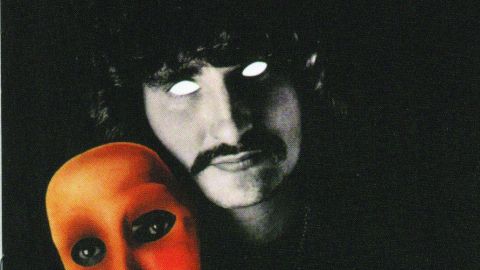 After David Byron was fired from Uriah Heep in 1976 he formed Rough Diamond whose album the following year was as dire as it was predictable. The rest of his alcohol-fuelled decline was just a matter of time, apparently.

Not quite. In 1978 he teamed up with producer and songwriter Daniel Boone who tried to reinvent Byron as a singer beyond his heavy metal confines. The title track, Only You Can Do It and Heaven Or Hell are catchy pop songs with synthesizers and electronically treated vocals that reek of ELO. Rich Man’s Lady and Acetylene Jean are smooth rockabilly. Then there’s the electro-disco of African Breeze, complete with tribal rhythms.

In retrospect, Baby Faced Killer is a brave album that’s flawed because it tries to do too much too soon. If it had focused on developing just one of these styles it might have succeeded as Byron’s voice was certainly adaptable and the production was sleek and brimming with ideas.

But the heavy metal world is not best known for its willingness to embrace innovation. As expected the reviews were dismissive. Nobody was prepared to countenance such a crossover. The album was also ahead of its time and swimming against the tide of the new wave, not to mention the first stirrings of NWOBHM. It’s unlikely that it would have been more favourably received at any time before Byron’s death in 1985. But 40 years later it doesn’t sound like the turkey it was portrayed as back then.