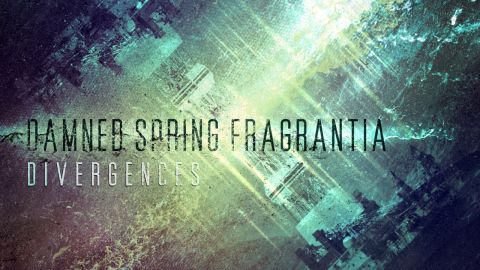 As the latest signings to Basick’s globe-spanning roster, these Italian bruisers have some pretty impressive footsteps to follow in. Fortunately, once you look past their preposterous moniker, they bring the noise in imperious fashion over the course of 10 bludgeoning slabs of savage tech metal.

From the lightning-fast fretboard flourishes of Drowned In Cyan to the juddering grooves of The Obsidian Fate, everything about DSF is ruthlessly calculated and meatier than the ham from their native Parma.

That’s not to say this is a sterile affair; the band ably infuse a gut-punching hardcore swing into their cataclysmic racket. This is most obviously signposted through a guest vocal appearance from Heart In Hand’s Charlie Holmes on Pariah but apparent elsewhere in A Common Tragedy’s shuffling, two-step friendly breakdown that would likely ignite any moshpit from Manchester to Milan.

Whilst Divergences doesn’t rip up any rulebooks, it’s a potent statement of intent for a band who have made a confident first step into an increasingly crowded tech-metal scene. Molto bene.