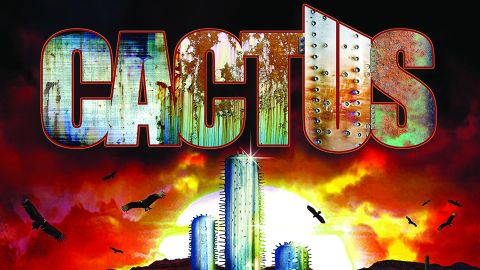 There was nothing very complicated about Cactus, even in their early 70s heyday, but they did their thunderous heavy rock well enough to be touted as the US’s answer to Zep.

This is the second time Carmine Appice has reformed the band; the first was in 2006 with original bassist Tim Bogert and guitarist Jim McCarty and new singer Jimmy Kunes plus harmonica player Randy Pratt. This time Bogert appears twice but Appice’s trademark driving beat and McCarty’s simple but effective solos with choruses to match keep the spirit of Cactus topped up. Vocals were never the band’s strong point but Kunes’ could be regarded as an improvement. And Pratt’s heavy harmonica adds variety.

They’re not afraid of a direct comparison either: the last two tracks are previously unreleased from the original band, including the wild jam, C-70 Blues.