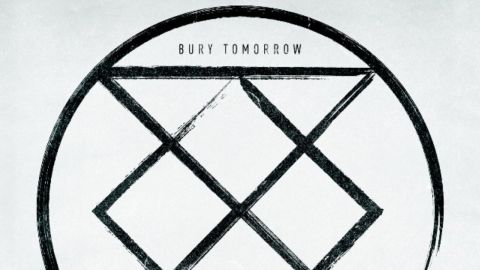 There’s an adage in music that it’s not your first hit that makes you, but your second. By anyone’s measure, Bury Tomorrow’s 2012 full-length, Union Of Crowns, was a success. Its big-chorused bluster was lapped up by fans and critics alike and took the band onto festival main stages.

It was always going to be a tough ask to produce a record that matched that benchmark, and if your question is whether Runes is as good as its predecessor then the answer is simple: no. Sure, this isn’t a bad album – Bury Tomorrow kick and punch in all the right directions – but it’s ticking boxes rather than exploding minds.

At its worst, Runes feels nakedly derivative; Dani Winter-Bates’s roar is a dead ringer for Parkway Drive’s Winston McCall, while Jason Cameron’s polite croon owes more than a little to Alexisonfire’s Dallas Green. They are capable of richly textured, expressive metalcore but those moments feel few and far between here.

Not a total misstep, then, but surely not what the band were looking for at this point.