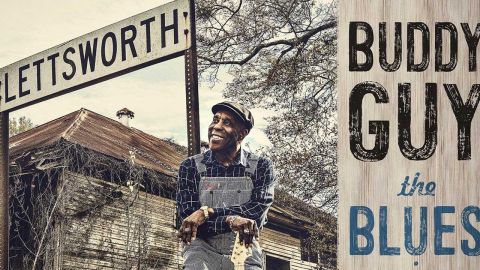 As the big beasts fall away, Buddy Guy’s latest album reaffirms his death-bed pledge to BB King to hold the line.

Even now, at 81, the old Chess-era renegade can still surface to kick your teeth in – see the Strat-flaying Somebody Up There or End Of The Line (where Guy casts himself as ‘the last man standing on an empty stage’).

This lone soldier is at his best when the cavalry arrives, with Jagger honking on a languid You Did The Crime, and Keef tussling with Jeff Beck over a fine Cognac.

Those three guests notch up a combined age of 221, and it would have been nice to see the spotlight shone on younger faces.

With a classy cameo from James Bay on Blue No More, there’s hope for the future – and any album that ends with a 57-second song about wanking off a bull is alright in our book.