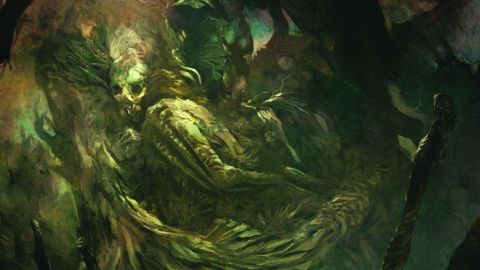 For all its endeavours to redefine heaviness and act as a conduit to introduce new fans to extreme music, deathcore can often suffer from being predictably one-dimensional.

The past year has already seen some of its biggest names begin to spread their wings, with Britain’s Black Tongue adding their own flavour. Reincarnating the rich heritage of bleak doom metal from Northern England, the band’s debut proper is dripping with creeping, evocative passages and morbid atmosphere.

Admittedly Vermintide and Prince Of Ash are deathcore by numbers slowed to a punishing crawl with added reverb, but Young Gloom’s eerie harmonies capture the spirit of early Paradise Lost, while Plague Worship is oppressively bleak. Suicide Silence’s Eddie Hermida and Thy Art Is Murder’s Chris McMahon add some screams to break up the monotonous vocals, with the Satanic veil of closer I’m So Tired Of Sighing a pinnacle. Though still rooted in familiar surroundings, The Unconquerable Dark displays enough grim knowhow to set Black Tongue apart.