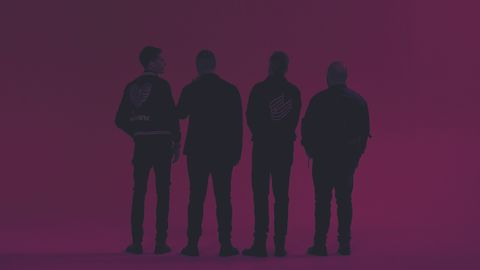 This may be their 15th studio album in a career knocking on 30 years, but more significantly it’s the fourth since founder member Steven Page quit in 2009. As the major songwriter, his departure raised questions but these have all been answered and they now sound even more like a band than they did before.

The title theme runs through the first four songs as the band gaze across the border from their homeland at the unfolding of America, put succinctly on the opening singalong Canada Dry. They then try the view from different angles on the equally catchy Bringing It Home and Looking Up and the Rubber Soul-drenched Invisible Fence.

After that they starting letting their characteristic quirks do the talking, notably on the lilting reggae-infused Nobody Better and the potent Navigate in which they invoke the spirit of Peter Gabriel.