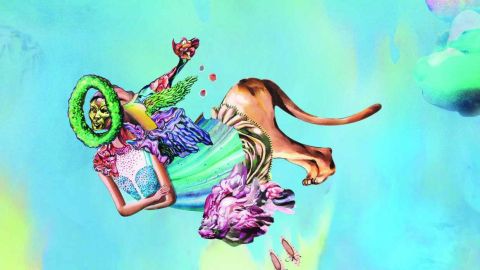 Good to hear from Looking-Glass Lantern again. Versatile musician Graham Dunnington follows his brace of Sherlock Holmes-themed albums with Candlelight And Empire (Looking Glass Recordings), which portrays a day in the life of a middle-class Victorian household through his trademark strong storytelling and neo-prog palette. Again, the homemade production doesn’t do justice to his ambitious, high-grade music, which will appeal to fans of literate, Genesis-informed prog.

If Tame Impala, Mogwai and Radiohead are more your thing then seek out Klangstof, the Dutch-Norwegian band making waves at the indie end of things. Their 2016 debut Close Eyes To Exit saw them play Coachella and tour with the likes of Flaming Lips, and new four-track EP Everest (Mind Of A Genius) is a strong slice of imaginative, wonky synth pop music. They’re at their most replete when they ditch the Kid A-isms and combine fresh hooks and invention. So much promise here.

Goya are a three-piece instrumental power trio whose self‑released debut EP Kathmandu shows off their bold, dynamic approach. There’s a King’s X chug to opener Collider and Ashoka sees them dust off their book of Eastern scales, but they’re in their full pomp with 13-minuter Venenatus, which switches from fragile, dreamy guitars to full-on Sabbathy sludge and back again. This was recorded live, and it’ll sound all the more rewarding witnessed ‘in the room’.

At the grand old age of 25, jobbing Spanish drummer Abel Sequera takes stock of life on his own prog-inclined EP. Reflections From A Quarter Century draws on Dream Theater, Porcupine Tree and Transatlantic, with a crack band bringing his four eclectic and vibrant instrumentals together. The last one’s called The End Of The Beginning, and the good news for him is that the best is surely yet to come.

Gaz Hunter’s more of an accidental musician. In 2006 he wrote a concept album about an acid trip under the name The Triptamynds and recently rerecorded it after buying a bunch of software that simulated classic 60s instruments. Stories From The Other Side is bare-knuckle psych that owes a lot to Hawkwind and, of course, The Beatles. These Stories feel a little artificial and gleefully unrefined, but Hunter’s heart, soul and melty mind are in them.

But if it’s something truly progressive you’re after, don’t miss Ahwar (Nawa), from Cairo’s Nadah El Shazly. Her vocal style ranges from the ravishing to the unsettling; her songs a mesmerising, alienating mix of Arabian instruments, electronic textures and experimental jazz. A simple touchstone might be Björk at her most avant-garde, but Ahwar has to be experienced to be believed. It’ll leave you invigorated, unsure about the world and your place in it, and more deeply in love with music.