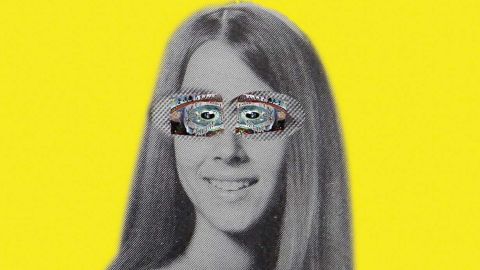 For Amplifier, the story of Faust has never been more relevant. As greed, ego, fear and seduction become the defining trends of the 21st century, the idea of a man selling his soul for absolute power is frighteningly plausible. Trippin’ With Dr Faustus might retell the story as a rock’n’roll fable, but the message behind it resonates strongly: if you make a bargain with the Devil, don’t be surprised if what you want comes at a cost.

It’s often seemed as though Amplifier themselves have been caught up in some kind of diabolical struggle against the music industry. As purveyors of intelligent, melodic songs fuelled by huge riffs and prog dynamics, a sort of Muse for grown-ups, they’re a band who should be in rock’s top league by now. But company buyouts and label mismanagement have hampered their progress, and now here they are releasing their sixth album on their own label. Yet despite their rocky financial position, the freedom of having complete control over their own destiny seems to have genuinely inspired them. Recorded over a three-year period between 2014 and 2016, Trippin’ With Dr Faustus is an immersive experience and quite possibly their finest album to date.

The full armoury of the Amplifier sound is immediately in evidence on opening track Rainbow Machine, its explosive riffing welded onto a meaty groove, while Sel Balamir’s voice is rich and expressive, without ever tipping over into portentousness. There’s more than a hint of 70s stadium rock giants such as Zep and The Who, music conceived and created at an epic scale. But it’s the artful arrangement that highlights their prog DNA, with Rainbow… transitioning through all manner of clever changes. Freakzone ramps up the tension, a gothic guitar refrain accompanying Balamir’s casual utterance, ‘It’s doomsday,’ before more tightrope dynamics, Sabbathian down draught moving seamlessly into Radiohead uplift.

While Amplifier have in the past sometimes been a little too monolithic, here they make sure there’s plenty of light amid the shade. The gutsy folk rock of Big Daddy has a testifying, West Coast vibe, while Anubis is a warm, fingerpicking acoustic reel – both songs benefit enormously from the vocal talents of the mysterious Beth Zeppelin. But Old Blue Eyes brings the album to a suitably dark conclusion, its evil bass riff sucking at the air, its wah-wah like a mocking choir of demons. Only the Devil is left laughing at the end. Fancy some swaggering space prog with your apocalypse? Here’s the deal…