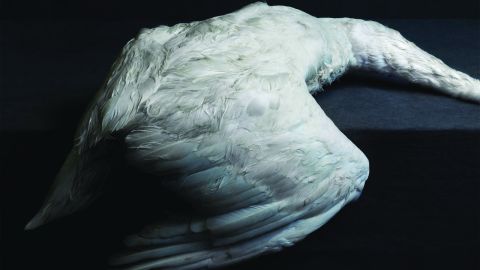 As easy as it is to dismiss hardcore’s decline into formulaic superficiality, it’s worth acknowledging that its genes have led to some of avant-garde metal’s most adventurous, spiritually nourishing avenues of exploration. Neurosis are an obvious example, and it is no coincidence that Belgian collective Amenra’s first mass in five years appears on their respected forebears’ imprint. Not only do they share a will to spread their ribs and expose their innermost vulnerabilities to life’s chaos, they would both have less impact without the direct force of their hardcore roots.

Appearing off the back of recent live album Alive, an eloquently melodic, acoustically driven affair, Mass VI returns to the formula of its predecessors: a sonic representation of life’s dualities, birth and death, no love without pain – all distilled into their purest ritual yet.

That the band have survived various crises, not least of which their enigmatic leader Colin H Van Eeckhout, whose son thankfully survived the removal of a brain tumour, is evident in every uncomfortable exhortation. Each howl of opener Children Of The Eye is imbued with a personal pain, borne on crashing waves of cataclysmic guitar. That the first three tracks are sung in English, Flemish and French says something about the universality of the human condition, emotional and intellectual predicaments that transcend limited concepts of race and nation.

These outbursts of oppressive heaviness are all sonically similar, articulating pain as a constant, while the record’s quieter moments experiment – Colin’s plaintive lamentations atop the delicate refrain of Plus Pres De Toi, the delicate beauty of his croon on A Solitary Reign allowing thoughts and emotions to flourish before being crushed. The traditional motifs of the band’s hardcore roots impress upon us a will to survive adversity, to learn from experiences and emerge stronger, to use transcendental moments of emotional catharsis to shed our pain, stand up and rejoin life’s fray, moving forward with hope, prepared for whatever chaos has in store.