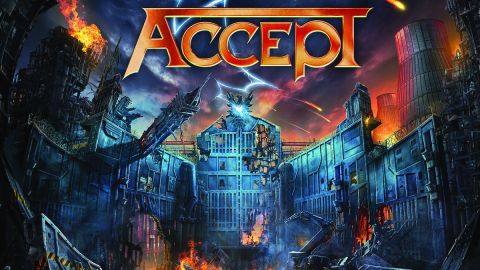 If Accept still means Balls To The Wall to you, well, join the club, because it still means that to the band too. The German power-metal pioneers really hit their stride with that landmark 1983 release and they’ve been chasing that wrecking ball buzz ever since. Sure, the production is better these days, but under the gloss they remain the same snarling, snapping heavy metal beasts they were back when Udo Dirkschneider was still wielding his truncheon for them.

Guitarist Wolf Hoffmann and bassist Peter Baltes are the remaining holdouts from the original band, but former TT Quick frontman Mark Tornillo has taken up the mantle since their 2012 comeback, and his gravel-gargling warble is nearly as delightfully nasty as Udo’s, especially on Chaos’s most audacious track, Kool Aid, a real return-to-form beast of acid-spitting street-level rock’n’roll that’s as close to their 1980 hit I’m A Rebel as anything they’ve done in decades.

And the rest of the album, from storming opener Die By The Sword to rabble-rousing anthem Analog Man, will tear your face clean off.