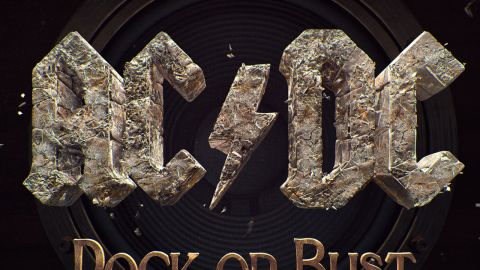 These are wobbly days, all right. Wars rage, financial empires fall and killer viruses are in the air. Such uncertain times demand absolute sureties. In rock‘n’roll terms, this has always meant AC/DC – recession-proof, fad-resistant, impervious to social or political change. Instead, they’ve spent the last 40 years fine-tuning the hard groove they discovered almost from the off, enabling them to survive the death of their original singer, line-up changes and whatever else fate threw at them. You could call them the world’s loudest comfort blanket.

But nothing can last forever. Earlier this year it looked as though AC/DC’s time might be up. Malcolm Young, who founded the band with brother and fellow guitarist Angus in 1973, was ill. First reports were optimistic, suggesting that he might be back in time to record the new studio album, but his temporary absence was later appended to a permanent departure. Sadly he had been diagnosed with dementia.

Frontman Brian Johnson was left to field questions about whether AC/DC would even carry on, telling Classic Rock that it was all up in the air: “When you’re recording with this thing hanging over you and your workmate isn’t well, it’s difficult.” At that point, the band were holed up with producer Brendan O’Brien in a Vancouver studio, and with Young’s nephew Stevie filling in on rhythm.

But carry on they did. And how. Rock Or Bust, the product of AC/DC’s own uncertain times, is a towering retort to any notion that they might be finished. As the name suggests, it all came down to a simple consensus: let’s do what we do and write it large. It’s an album that places its faith at the feet of rock‘n’roll, both as a restorative force and also as a vaccine against all ills. Nowhere is this more explicitly stated than on the title track, which heaves along on the kind of monolithic riff Angus Young patented sometime around the Stone Age. Phil Rudd’s drums crash, Cliff Williams’ bass throbs and Johnson squeals out a defiant, ends-of-the-earth manifesto: ‘In rock’n’roll we trust/It’s rock or bust.’ Quite.

VOTE FOR ROCK OR BUST IN THE CLASSIC ROCK AWARDS.

Given that it’s an overdue follow-up to one of the most successful albums of their career, 2008’s Black Ice, you could forgive them for overfeeding this a little. But Rock Or Bust is actually a very lean piece of work. It’s as if the band are intent on saying only what needs to be said, with maximum impact, then getting the hell out. At around 35 minutes it even outdoes 1983’s Flick Of The Switch in the brevity stakes.

Indeed what we have here is the absolute essence of AC/DC, decanted with an energy and power that never lets up. Got Some Rock & Roll Thunder is huge, swept up by a mighty Angus solo and a classic rhythmic chop from Stevie. While Johnson wails ‘I’m feelin’ good!’ like a man yelping into a gale. The band are fierce too. Baptism By Fire continues the elemental theme, propelled by a roaring lick and that most under-appreciated facet of Angus’s playing: his sensitivity.

In fact, there are deft touches throughout Rock Or Bust. Hard Times, for instance, chugs forth on a funky riff that, perversely or not, brings to mind Ian Dury’s Sex & Drugs & Rock And Roll. And if Johnson’s belligerent voice is the star of Emission Control, the song is essentially driven by Young’s astonishing ability to navigate his way around a blues scale. It could easily be Sabbath in their evil prime.

Anyone searching for higher truths and wise revelations might be best looking elsewhere. Songs such as Rock The House, Miss Adventure and Sweet Candy are either about shagging or wanting to shag. There’s no graceful ageing going on here. They might be at a stage where they should be writing about bad backs and pension plans, but this is AC/DC, lest we forget. And if they’ve taught us anything, it’s that the beating heart of great rock‘n’roll is forever locked in a state of adolescence.

At the time of writing, there’s a major tour in the works for 2015, with Stevie Young in place of his uncle. On the evidence of this, their 15th album, it should be quite something. It was not so long ago that AC/DC, in some quarters at least, were being derided for refusing to change or make any concession to moving fashions. Happily, they stuck it out. AC/DC are still a band for this, or any other, age./o:p

VOTE FOR ROCK OR BUST IN THE CLASSIC ROCK AWARDS.