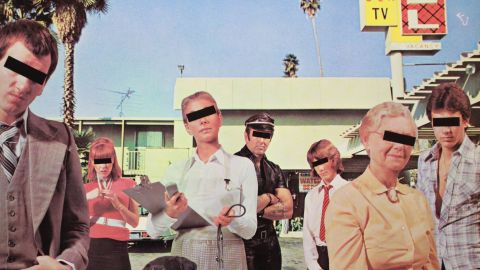 After delivering their second album for Atlantic Records, the band had a nasty surprise. Dirty Deeds Done Dirt Cheap – as its title clearly implied – was so rough-and-ready, so unpalatable to mainstream tastes, that the label refused to release it in the US (it came out there only after the band hit big in the 80s).

Atlantic had a point. It was never going to be a hit.

But its menacing title track has endured as a live staple. And amid the lewd and crude stuff – the smutty Big Balls, the blistering Rocker, with Bon self-mythologising as a ‘right-out-of-controller’ – there is a glimpse of the man behind the myth in the sorrowful Ride On. Classic Rock’s Geoff Barton, in fact, once claimed that "Dirty Deeds is a tremendous record, arguably Scott’s best with AC/DC".

That claim hinges on a song that’s atypical for the band: Ride On, the best bluesy ballad you’re ever likely to hear. Normal AC/DC service is resumed with the rip-snorting title track and the mischievous Problem Child.

But following Scott’s death in February 1980, the desolate, searching spirit embodied by Ride On took on new meaning and significance. And that’s why Dirty Deeds will always be about that particular song.