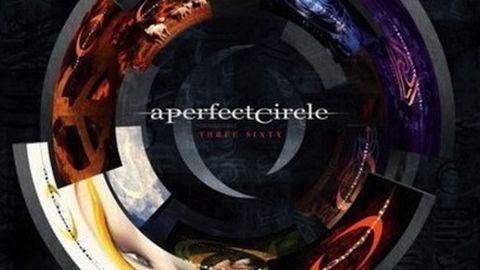 Though no doubt there was excitement surrounding A Perfect Circle at their inception in 1999, few could have anticipated just how successful they would become. However the supergroup – made up of a cast of alternative heroes from cult space-rockers Failure, grunge superstars Smashing Pumpkins and industrial metallers Marilyn Manson – would surely have thrived even without the considerable talent of frontman Maynard James Keenan from Tool. Released the year after, Mer de Noms went into the US Chart at Number 4 – the highest ever placement for a debut album by a rock band. A strange state of affairs for such an atmospheric, progressive and genre-defying album.

As far as this greatest hits selection goes, while it’s a timely reminder of their excellence, you do get a sneaking feeling that whoever compiled it might not be their biggest fan. The first disc comprises five tracks apiece from their two studio albums of original material. Both Orestes and The Noose are welcome, non-single inclusions, but there’s not a single track from the superb latter half of Mer de Noms. For better balance, Thinking of You might have showcased the band’s rockier, less-deadly-serious side. Fans will enjoy The Outsider, The Package and Blue from Thirteenth Step, but surely most will already own both of these records.

To counteract this, presumably, the second disc is mainly comprised of numbers from their covers album, eMOTIVe. While in some cases shocking in their brilliance – see a minor key Imagine and trip-hop When The Levee Breaks – perhaps these aren’t so well known. Passive was originally conceived by Keenan and Trent Reznor of Nine Inch Nails in legendary supergroup Tapeworm, and it’s fantastic, especially as no Tapeworm material was ever released.

It does beg the question – why weren’t more original APC tracks included, or at the very least their sublime cover of Failure’s classic The Nurse That Loved Me from Thirteenth Step. It would’ve been apt given that the band’s songwriter Billy Howerdel played guitar for Failure, as did Troy Van Leeuwen, who appeared on Mer de Noms.

The lone new song, By And Down is snuck onto disc two, and though it’s a fine piece of work, you have to wonder if it’s enough to convince converts to hand over their cash. As for that five-and-five tracklisting, it’s pretty dull given that the band are anything but. Surely it’d be more interesting to mix ‘em up, to try to make a new order, much in the vein of the Tool ‘secret records’ so avidly discussed and assembled by fans online.

Three Sixty’s an okay primer, but if you’re a fan you’re much better off buying both the studio albums on CD, and downloading eMOTIVe and By And Down.