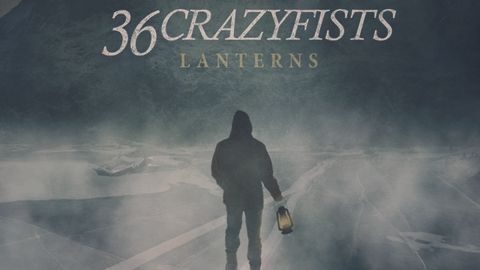 Occupying a territory between jarring metalcore, nu metal’s groove and the anthemic charge of post-hardcore, Alaska’s finest have sown frustration amongst their fans, having been overlooked and undervalued for so long. Indeed, 36 Crazyfists’ capacity to elicit hope and joy from hardship is embedded in every release, with 2015’s comeback, Time And Trauma, the last addition to a muscular discography. The album was preceded by a period of personal upheaval for the band and it’s again the case for eighth effort Lanterns. Blistering opener Death Eater finds Brock Lindow’s vocals thrashing out in every direction, while raw pain is etched into Better To Burn and the juggernaut riff of Sleepsick. With harsh production creating an almost uncomfortable atmosphere, Lanterns lacks the immediacy of previous efforts and results in a difficult listen at times. But with the angular Bandage For Promise and vulnerable Dark Corners, the band’s evolution is as challenging as it is cathartic. The mutating Old Gold and Sea And Smoke’s frantic clawing towards the surface display a bravery to explore new ports, while on Wars To Walk Away From and the confrontational Below The Graves, Steve Holt’s simplistic melodies set up the mass sing-along choruses 36CF have made their bread and butter. The Alaskans’ chance to conquer the globe may have passed, but Lanterns shows they’ll never stop fighting, no matter what’s thrown their way.