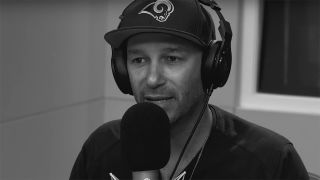 Tom Morello has reflected on the reasons behind Rage Against The Machine’s split in 2000.

The guitarist was a guest of Lars Ulrich on his It’s Electric show on Apple Music’s Beats 1, where he covered subjects including his new Atlas Underground project, his love of Bruce Springsteen and his memories of being part of Rage Against The Machine with Zack de la Rocha, Tim Commerford and Brad Wilk.

Morello says: “I’ll put myself first and foremost. It was a lack of emotional maturity in being able to deal with each other as people.

“We had political vision and the shows never suffered, but we just couldn’t agree on stuff and that unearthed feelings that made it hard to make records.

“I think there were competing visions for what it was, should be, and competing feelings about what it was like to be in the band that we didn’t deal with.”

Morello adds: “My version of the band was, ‘Let’s make a record every six months. Let’s be the political Led Zeppelin and let’s overthrow the government and make the best records anyone ever did… by Wednesday, go!’

“In that pursuit, I was not always sensitive to the emotional needs of my band members. And everybody has their role in it, but that’s where I contributed to the chaos that eventually ended the band.

RATM reunited in 2007 for an appearance at Coachella but asked how close they came to returning to the studio for another album, Morello replies, “Zero.”

He adds: “We had a great time – we had fun onstage and offstage. To me it felt there was a lot of camaraderie. But one of the things that helped was we took off the table everything that had been controversial before: writing music, doing interviews, having a manager – all that stuff.

“We were like, 'We’re just not going to do that stuff. We’re going to play shows, be able to look each other in the eye and have a nice time and not any of the stuff that stirred controversy.'"

Last week, Morello’s Prophets Of Rage released a video for their track Who Owns Who and are working on their as-yet-untitled second album.

Morello will release The Atlas Underground on October 12.