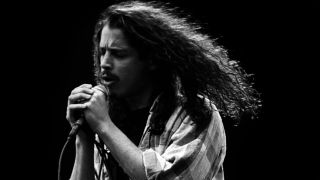 Grunge supergroup Temple Of The Dog’s self-titled 1991 album is set for a 25th anniversary reissue after a legal argument over ownership of the master tapes was settled.

Last year it was revealed that record label A&M was suing Rajan Parashar, co-founder of Seattle’s London Bridge Studios, insisting that he hand over the recordings.

They came into his possession on the death of his brother Rick, who produced the album that features Soundgarden’s Chris Cornell and Matt Cameron, plus Pearl Jam’s Eddie Vedder, Stone Gossard, Mike McCready and Jeff Ament.

Now A&M and Rajan Parashar have have come to an agreement, according to Soundgarden mainman Cornell, who says in a tweet: “Temple Of The Dog masters returned today. History made a whole 25 years later.”

It’s thought that A&M will release a deluxe reissue later this year.

Temple Of The Dog was recorded as a tribute to late Mother Love Bone frontman Andrew Wood.

This month, McCready said he would love to reunite the band to celebrate the 15th anniversary of the album.