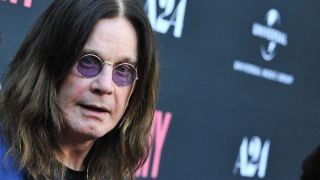 Ozzy Osbourne thought the mix of his classic album Diary Of A Madman was “crap”, recalls bassist Rudy Sarzo.

The pair were on the tour bus when the final mix of Ozzy’s second solo album was handed to the singer in 1981. And according to Sarzo, Ozzy’s face was a picture when he pushed play.

Sarzo tells The Metal Voice: “I can tell you this because I was on the bus when Ozzy got the mix version of the record and I saw his expression and I heard how he felt about it. He thought it was crap, the mix.

“If you really look back at that record, it was the first album of the 80s to be mixed with so much ambience. It sounds like an 80s record and nobody had heard that before. It was completely different from the sound of Blizzard Of Ozz and Ozzy just had no idea that this was going to be the sound of the future.”