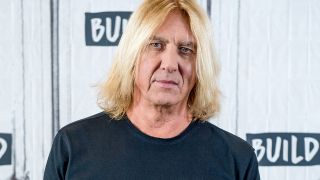 The vocalist reports that despite the Rock And Roll Hall Of Fame inductees forming in 1977, debts with their record label prevented them from bringing in cash until after the release of their smash hit album Hysteria.

Elliott tells This Is Money: “Once the band became successful, there was a lot of money going through the system. It was never like winning the lottery though. It was fair and reasonable for what we, as a band, put in.

“We didn’t see a great deal of money until the autumn of 1983 when we got a cheque for the Pyromania album and tour. By then, even though we had sold six million records, we had a seven-year debt with the record label to clear.

“Of course, when we did get that cheque, it was the biggest I had ever seen. I can’t remember exactly how much it was for but it was more than £20,000. But because of our debts, we didn’t see any real money until 1988 when Hysteria shifted 12 million copies worldwide.”

Elliott also recalls starting a pension when he was 18 years old – just as the band signed their first record deal.

He adds: “We had a lawyer who made sure we started a pension that same day. We had our feet up on the boardroom table, drinking whisky, smoking cigars and I remember saying, ‘What, a pension? Hang on, we are not even 20 years old.’”

Meanwhile, Def Leppard are teasing an announcement which is due to be revealed this coming Wednesday (January 9).

A tour? A new single? A new album? Watch this space.