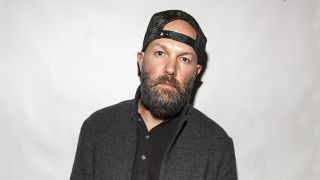 Fred Durst has recalled the “uneasy” experience of realising that bullies enjoyed Limp Bizkit’s music – even though they’d been formed as a way of fighting back from bullying.

The frontman originally co-founded the band in the hope that it would lead to a career in making music videos, but the concept quickly fell by the wayside.

Durst tells KTLA5: “When I got the microphone I figured I had to say something. I felt like standing up for myself and what I’d gone through.

“I was a big misfit where I grew up – I was abused and bullied a lot. If you’re someone that’s tortured and bullied, wearing that target on your back, you need an outlet. It was a revenge against the bullies.”

But as the band’s reputation grew, he recalls, “the sound was so ferocious that bullies themselves would embrace Limp Bizkit. It was uneasy for us to see the people we really hated being fans of the music, alongside the people we were fighting for.”

He reflects: “You’ve got to let it go and let art be what it’s going to be.”

The band return to the UK for the Reading and Leeds festivals in August. Guitarist Wes Borland, who returned to the band in 2009 after eight months in Marilyn Manson’s outfit, recently told how his experience with the shock-rocker led to his desire to rejoin his old bandmates.