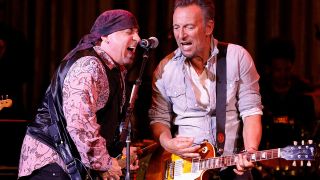 A film exploring the city of Asbury Park in New Jersey, its history and the importance of music within its community, is to be released in cinemas in May.

The film will feature interviews and performances from the venue, which was said to “unite both sides of the tracks in Asbury and acted as a crucible for young talent.”

Asbury Park found itself at the centre of race riots in 1970, leaving scores of people injured and large parts of the city destroyed after seven days of unrest.

The film’s director Tom Jones explains: “It has taken Asbury Park five decades to rise up and stand on the brink of being something better than ever before. We should all listen to the wisdom of lessons learned the hard way and the music which fuelled the revival.”

Asbury Park: Riot, Redemption, Rock ’N Roll will premiere at The Asbury Park Music & Film Festival on April 28 and hit cinemas from May 22, with the film also showing never-before-seen footage, of Springsteen, Van Zandt, Southside Johnny, and the Upstage All-Stars playing a concert to a sold out Paramount Theatre.

The film has also been produced in association with Jersey Mike’s, which allows all profits to be dedicated to supporting and creating music education programmes.

An early trailer for the film can be found below along with the film poster.