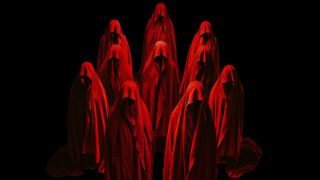 Babymetal have released a cryptic video to mark the start of Metal Resistance Episode VII.

The new clip says that “a new era is about to begin” with a voiceover saying: “Light and darkness. Both are considered to be opposites but at the same time, one cannot exist without the other.

“Until now, we have only experienced the light side – the legend of three metal spirits. An unknown dark side also exists. A legend of seven metal spirits – The Chosen Seven. A new era is about to begin.”

Babymetal have also confirmed that their shows from Hiroshima’s Green Arena on December 2 and 3 last year will be documented on a new Blu-ray titled Legend S - Baptism XX.

It’ll be a limited edition and will only be available for The One members. It’ll feature 16 live tracks and come with a CD and booklet.

Babymetal have tour dates in the US and Europe planned over the coming months, including a set at the UK’s Download festival.