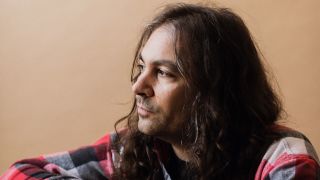 The music that Adam Granduciel makes has grown more extravagant with each record he has made as The War On Drugs. For 2008’s debut, Wagonwheel Blues, he was channelling Bob Dylan gone ambient. Neil Young and Krautrock entered the landscape of the follow-up, Slave Ambient in 2011. On this year’s fourth, A Deeper Understanding, Granduciel picks up the gauntlet he laid down for himself on the much-acclaimed Lost In The Dream in 2014 and runs with it to a far-flung horizon where the 80s haven’t ended.

Overall, sonically A Deeper Understanding follows in the footprints made all through that decade by artists such as Bob Dylan, Bruce Springsteen, Tom Petty, Don Henley, Fleetwood Mac, Roxy Music, Dire Straits and Kate Bush, from whose 1989 song Granduciel took his album’s title. It contains great tidal washes of synths, pulsating bass lines, booming drums and guitar solos that soar above the whole like the fighter planes of Top Gun. Like over-inflated balloons, Granduciel fills and stretches out his songs almost to their bursting point, but never quite. It’s a precarious high-wire act. And yet for all the sheer bigness of its structural engineering, A Deeper Understanding is an intimate, immersive experience.

Running through it, Granduciel establishes a singular mood of rueful regret. His bittersweet melodies rise up and tug at the listener like lost souls. In that regard, it brings to mind Dylan’s late-80s masterpiece Oh Mercy, and most of all Petty’s Long After Dark from 1982. As with each of those finely crafted records, just beneath their pristine surface are darker undercurrents and a surging sense of drama.

“For sure, Long After Dark is a touchstone record for me,” Granduciel offers. “I remember a time, not even that long ago, when that period of music was reviled,” he continues, warming to his theme. “Yet the number of people that are now referencing eighties Dylan is pretty remarkable. It wasn’t intentional, but we might have had that haze floating over things. I didn’t discover all of that stuff until nine, ten years ago and when I got out of my comfort zone and started to dig a little. It was like cracking a code.”

Born thirty-eight years ago in New England town of Dover, Massachusetts, Granduciel first went west at the start of this century, taking with him his guitar and an eight-track recorder and settling in Oakland, California. He worked on his music by day and waited tables at night, but didn’t cop a break and eventually moved back east again to Philadelphia. There he met a fellow Dylan obsessive, Kurt Vile. Granduciel played in Vile’s band The Violators, and Vile initially joined up with the War On Drugs when Granduciel began operating under that name in 2005.

Progress was slow but steady. Their 2008 album Wagonwheel Blues got them noticed, but Vile left soon after its release to concentrate on his own path. Granduciel insisted all along that he made solo records with help, and around him other musicians came and went. He had, though, established a more settled line-up by the time he knuckled down to make Lost In The Dream. Bassist Dave Hartley and drummer Charlie Hall in particular underpinned these more rounded and better realised songs of Granduciel’s, which by his own admission he wrote in a depressed, agitated state. Nevertheless, he had them wind up to euphoric crescendos. It was a watershed album, garnering ecstatic reviews and vaulting into the upper reaches of the US Billboard chart and going gold in the UK.

“I went into Lost In The Dream maybe not knowing that I would be doing this for the rest of my life,” Granduciel reflects now. “I had just kind of fallen on to the hamster wheel of making records, but had no certainties. I love making music, and it’s important to me, but it wasn’t until that record that everything expanded and I got to be more comfortable in the role of being at the centre of this operation and running it like a small family.”

After the better part of two years touring Lost In The Dream, Granduciel came off the road and went straight to work on A Deeper Understanding. He had relocated to LA by then, and in down-time from the tour had already begun to write new songs. The sessions continued all through last year in LA and then at various studios in New York, since Granduciel was “determined to put some East Coast in there.”

The sense of dislocation he felt from being in California informs his lyrics for the album. Musically, he has arrived at the point of fashioning all of his abundant raw materials into something that is evocative but also distinctive. In the drift and swell of standout tracks In Chains and the 11-minute-plus Thinking Of A Place, there’s an overhanging atmosphere and stridency that is very much of Granduciel and War On Drugs’ own making.

“There is a sound in my mind that I haven’t got to yet,” Granduciel insists. “I know it’s there, and that I have to keep on chipping away to find it. On this record, some of the jam stuff was more composed. They were actual sets of notes, rather than just fuzz-pedal time. Like on Thinking Of A Place we went on moving and rearranging things to fit within a framework. For my solo on that song I pictured driving into a bank of fog and wanted to recreate mist enveloping the guitar.”

The War On Drugs hit the road a couple of months ago, beginning with a US tour, and arrived in the UK in November for a six-date run. Granduciel fleshing out their sets to two and a half hours and more. Perhaps somewhere in the ebb and flow of these marathon workouts he will locate his ultimate sound.

“It’s not possible to have the exact same timeline as someone else, but I can’t help think to myself: ‘So, what was Bruce doing at thirty-eight?’” he concludes. “He was making Tunnel Of Love. By that age Dylan had already done Street Legal. I’m not there yet.

“When I started out on this record, it was right when Bruce had put out The River box set. I have Sirius Radio in my car and would drive around listening to E Street Radio, which is all-Bruce, all the time. Of course, they were playing a lot of The River stuff, and that was a big inspiration. Even though he was seven, eight years younger than me at the time, he found himself at a crossroads, looking at his own life, and other lives and where they fit into the grand scheme of things. I took that to heart, but even still, I think I’ve only just scratched at the surface of what might be possible.”

A Deeper Understanding is available now via Atlantic Records.

The War On Drugs - A Deeper Understanding album review