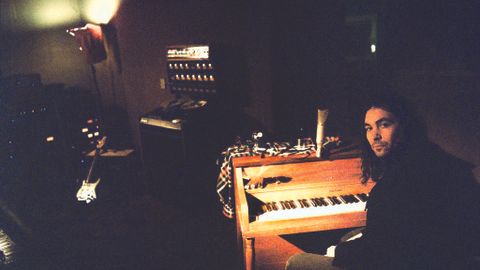 Just as the mainstream will always repackage the underground, in recent years the independent sector has begun to return the favour.

No one has benefited more from this unlikely trend than The War On Drugs (aka 38-year-old singer-songwriter Adam Granduciel). Catapulted from indie obscurity to headlining international festivals thanks to the success of 2014’s Lost In A Dream – a record which walked a perilous high wire between Dire Straits and Bruce Hornsby – he now finds himself caught between (soft) rock and a hard place; should he continue on the meandering path which began with his 2008 debut Wagonwheel Blues, or stick to a winning formula?

Recorded in his adopted home town of Los Angeles, his fifth album plumps firmly for the latter option. Opener Up All Night moves through the formulaic pop gears as smoothly as Don Henley cruising along the Pacific Coast Highway, while Holding On is a slickly realised mid-tempo foot tapper.

However, shorn of the novelty factor, such middle-of-the-road material remains better suited to balmy summer nights and drivetime radio than to repeated home listening.

As a certain Mr Hornsby could tell you, that’s just the way it is.