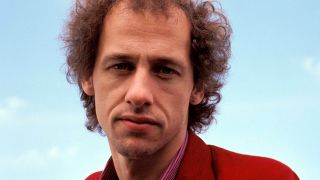 Sultans Of Swing by Dire Straits: the story behind the song

Just after 6pm on July 13, 1985, Dire Straits took to the stage at Wembley Stadium as part of Live Aid, playing to a global TV audience that reached a mind-frying 1.9 billion. In their slot between U2 and Queen, they started with Money For Nothing (joined by Sting), and then came an epic version of the song that made them superstars: Sultans Of Swing.

“It was a very special feeling to be part of something so unique,” recalls bassist John Illsley. “Live Aid was a unique privilege for all of us. It’s become a fabulous memory.”

Dire Straits’ standing as MTV megalords belied the absurdly humble origins of Sultans Of Swing. Singer/guitarist Mark Knopfler had written it in 1977, after ducking into a deserted pub one rainy night and witnessing a lousy jazz band. Undeterred by the lack of both talent and punters, their lead singer finished the set with a mildly enthusiastic, “Goodnight and thank you. We are the Sultans Of Swing.”

Knopfler at least left the pub with the seed of an idea. Returning home to the Deptford council flat he shared with his younger brother David and Illsley, he set about writing a song for the new band they’d just formed.

“We were living on next to nothing and weren’t even able to pay the gas bill,” Illsley says, adding that they weren’t called Dire Straits for nothing. “The first time I heard Mark playing a version of Sultans Of Swing was in that flat, but the song was completely different.”

Even Knopfler thought it lacked spark. But the song took on a smouldering blues groove after he scrabbled enough money together to buy a 1961 Stratocaster.

Illsley recalls: “One day he said to me: ‘Remember that song I was fiddling about with the other day? I’ve completely redone the chord structure.’ He played it, and it sounded pretty good. The whole thing is incredibly simple, it’s the playing that makes it intriguing. It’s that rolling rhythm on the guitar and a very simple bass and drums approach. Then, of course, it’s a story. And let’s face it, all good songs have a story.”

Sultans Of Swing sees Knopfler folding the night’s events into the narrative. As the rain beats down outside, the band are blowin’ Dixieland. Harry’s got a day job, but he’s up there giving it his all. So is Guitar George, who knows all the chords: ‘But it’s strictly rhythm/He doesn’t want to make it cry or sing/If any old guitar is all he can afford/When he gets up under the lights to play his thing.’ Meanwhile, a small group of youths are fooling around in the corner, ‘drunk and dressed in their best brown baggies and their platform soles/They don’t give a damn about any trumpet-playing band/It ain’t what they call rock and roll.’ It’s as damp an evocation of thankless 70s publand as you’re likely to hear.

Still desperately seeking a record deal, in July ’77 Dire Straits booked time at a tiny eight-track studio. They then took the resulting five- song demo, which included Sultans Of Swing, to Radio London DJ Charlie Gillett. “Charlie went absolutely crazy about it,” Illsley remembers. “On air he said: ‘I’m going to play this until somebody picks this band up,’ which I thought was quite a bold thing to do. And thankfully they did. In those days one person at a radio station could really make a difference.”

Now that Sultans Of Swing was on constant rotation, record companies started to take note of this rumbling blues- rock tune about a rotten jazz band. Within two months Dire Straits had been signed by Phonogram. They were then put into Basing Street Studios to record their debut album, under the auspices of producer Muff Winwood and engineer Rhett Davies. But, as Illsley explains, “the problem we had was that we couldn’t get Sultans Of Swing to sound as good as the demo. There was even a time when the demo was being considered as the one that was going to go out as a single.” Eventually, though, they re-recorded it to everyone’s approval.

Released in May ’78, Sultans Of Swing didn’t create much of a stir in Britain. Then things started to move with an almost haphazard momentum. The self-titled album came out in October. Sales ticked very slowly, though it quickly went gold in Holland. “I got this phone call from the record company saying that we’d sold 25,000 albums,” Illsley remembers. “Then it went to the States and took off there. The radio stations started playing Sultans Of Swing like crazy. And because America picked up on it, it came back to the UK and got re-released again, which was really peculiar. It started spreading like wildfire.”

By early ’79, the single had gone Top 10 on both sides of the Atlantic, as had the album, whose unfussy aesthetic and timeless songcraft, allied to a frontman who sounded like the stop-off point between JJ Cale and Bob Dylan, led to sales of more than seven million. Suddenly Knopfler was being toasted as the greatest home-grown guitarist since Eric Clapton. And even Dylan came calling, enlisting Knopfler and Dire Straits drummer Pick Withers to play on Slow Train Coming.

Dire Straits, of course, went on to become one of the most successful British bands of the 80s. By the time they hung up their guitar straps in 1992, they’d racked up sales of more than 120 million and littered their mantelpiece with Grammys and Brits.

“I suppose you could say that Sultans Of Swing was the one song that started it all off,” muses Illsley. “It had a huge impact. These are the catalysts that move you onward through life. People have said we were lucky, but I say: ‘Well, what does luck mean?’ The fact of the matter is that it was a bloody good song, the band was pretty damn good and we worked bloody hard. And the only way you’re going to get anywhere is by being committed. So if something like that happens to you, it’s fantastic. Boy, was it exciting!”